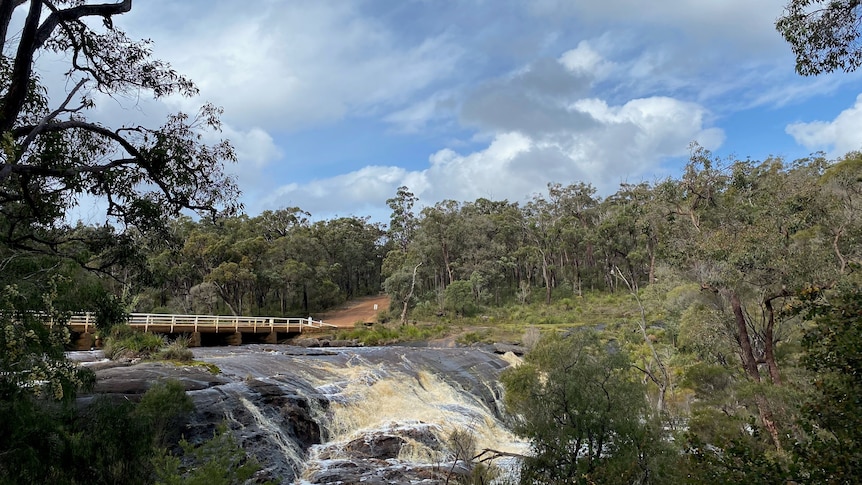 Police say they are looking for the body of an eight-year-old boy who drowned after a kayaking incident in southern Western Australia.

The boy was reported missing in Fernhook Falls near Walpole on Sunday morning, with police revealing he attempted to enter the top of the falls by kayak.

â€œThe family have been informed that we are now in a recovery phase, we are looking for the missing boyâ€¦ we do not believe he survived this incident,â€ said Great Southern Superintendent Kim Travers.

“It’s likely he got into the water.”

The boy wanted to kayak through the foam

Supt. Travers said the boy told his older brother on Sunday that he wanted to kayak through a mass of foam building up at the top of the falls in Mount Frankland National Park.

Police said the older brother told them it was a bad idea.

He last saw his brother climb back up a track to where he had left his kayak.

â€œWe think he took his kayak to the highest level of the falls, attempted to launch the kayak to play in the foam,â€ said the superintendent. said Travers.

“There was a cry for help from him, and his older brother he was talking to rushed to the trail by the water, found his little kayak stuck in the tree.”

The family was camping in a cabin at the popular tourist spot in Mount Frankland National Park during school vacations.

Supt. Travers said the boy’s brother alerted his parents to the emergency.

The boy’s father and a friend searched the pool at the base of the falls and found his son’s blue sweater near a rock.

The paddle of the kayak was found about 200 m downstream.

â€œWe think he may have slipped while trying to get up (kayak) or drifted somehow,â€ Superintendent Travers said.

â€œThere were only a few seconds between calling for help from his brother who was going there and not being able to see him.

Police, 60 state emergency services, planes, a drone and divers have scoured the site in Mount Frankland National Park since Sunday.

The search gripped the small south coast town of Walpole with a flurry of offers of help from the public.

Supt. Travers said divers will continue to search the waterfall with robotic tools with officers from the Tactical Response Group arriving to assist with rope access to the falls.

â€œIt’s a tight-knit family, so it’s a big trauma,â€ said the superintendent. Through.