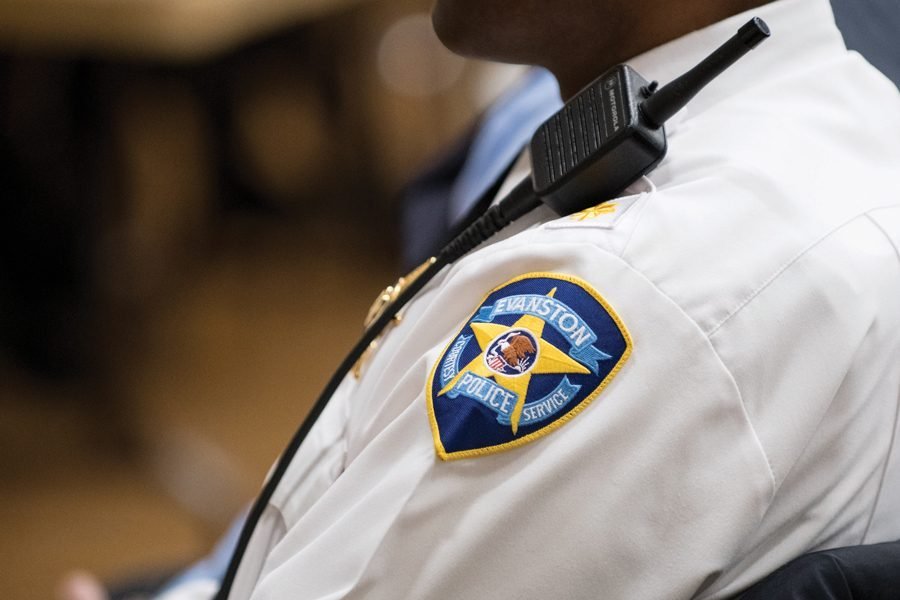 Last year, the Evanston Police Department faced an unusually high number of resignations and multiple chief turnovers. For police personnel and municipal leaders, these changes have renewed discussions about the scope and capabilities of EPD.

EPD has 27 officer vacancies, according to Cmdr. Ryan Glew, though the city budgeted for 154 officers in 2021, its lowest level since 1993. The department also faced a decrease of 14 officers from 2020, according to a report presented by Chief Richard Eddington at a March meeting of the Social Services Committee.

Glew said EPD’s high quit rate was due to officers taking “lateral opportunities” in other police departments. Because departments in other municipalities suffer from similar shortages, higher-paying opportunities keep EPD officers away, he said.

These resignations are also unusual because most of the departing officers are mid-career, Glew said. Normally, Glew said higher turnover is expected with new officers.

Resignations represent a monetary loss for EPD. In a report presented to the Social Services Committee in March, Eddington said the 22 resignations detailed in the report represented 16,584 hours of training and a combined 137 years of experience leaving the department.

Mikhail Geyer, an EPD officer and special operations group detective, said a change in Illinois pension laws about a decade ago exacerbated high levels of quits. Geyer said the new laws increase the portability of pensions, which lowers the cost for an officer transferring their pension when changing departments.

Shifting community discussions on police reform also played a role in the departures from the EPD, Geyer said. As Evanston engages in conversations about the future of policing, Geyer said some officers feel there is no real partnership between the community and the department.

“I want to be very clear, we are open to those discussions,” Geyer said. “We always have been. It’s just hearing some of these people leaving that feel like… they’re not part of this conversation, they don’t have a seat at the table.

Geyer said officers have a vested interest in the future of the EPD and bring frontline, on-the-ground expertise to the community conversation about the future of policing.

Do more with less

High levels of resignations have strained EPD’s resources, Geyer said. The department moved from 8 a.m. to 12 a.m. shifts for officers, which Geyer described as “onerous,” especially for officers with families at home.

“The call load is heavy here,” Eddington said during the meeting. “Again, if you had this level of call load with this low number of officers, you’re essentially subtracting the time available for proactive policing.”

Aldus. Devon Reid (8th) said he was in favor of filling current vacancies, but not of increasing funding for EPD staff.

“I certainly do not believe that this police department, or any other police department in this country, has proven that increased funding for its department has achieved Evanston’s goal of increasing equality and improve public safety,” Reid said.

Impacts on the crime rate

Eddington told the Human Services Committee in March that there is a correlation between the shrinking workforce and Evanston’s current rise in crime rate. With fewer resources to apply to “hot spots” and special units focused on crime prevention, Eddington said the EPD needed an increase in the number of budgeted officers to deal with this rise in crime. .

However, Betty Ester, president of the Citizens’ Network of Protection, said the EPD had never been responsive enough to complaints, despite the fluctuating workforce. She said she saw no reason to increase the number of budgeted officers at EPD.

“If (EPD) can start listening to people and working with them, then there (will) be no problem,” Ester said.

Studies of the University of Florida and the Police Watch Association garrison project found no correlation between changes in police strength and crime rates. They also found that more police strength does not effectively deter crime.

In addition to high levels of officer resignations, EPD has had three different police chiefs in the past year. Chef Demitrous Cook retired in June 2021, followed by chef Aretha Barnes in January. Chief Eddington will serve as interim chief until the city manager chooses a permanent police chief.

Despite that turnover, Glew said the department’s standards for potential applicants remain high.

“Anyone who is a leader here understands that there is an expectation of community engagement and accessibility, that they are going to be respectful and actively listen to stakeholders,” Glew said. “These are things that are going to remain constant.”

Geyer echoed Glew and said officers are adapting well to each new leader. Although he said the changes have impacted officers, the existing command structure maintains stability in day-to-day operations.

Evanston is expected to appoint a permanent police chief this summer, Reid said, likely after a new city manager is chosen.

Regarding the staffing crisis, new programs have been implemented and proposed to reduce the scope of EPD duties following community discussions.

Reid said he supports reducing the scope of the department’s responsibilities. He added that other forms of law enforcement, including Evanston’s Property Standards Divisions, could serve as a model for changes to the EPD.

“We can look at this model and how this form of law enforcement has worked without violating citizens’ rights and without causing bodily harm to citizens,” he said. “I think you can replicate that.”

Eddington said in March that EPD was in “full support” of alternative responses to the police for mental health emergencies, in particular the Show programthat would provide trauma-informed care to people in mental health emergencies. municipal Council voted unanimously to fund fitting out the show with funds from the American Rescue Plan Act in March.

The future police chief will need to navigate the EPD through community discourse on the changing role of the police and the management of vacancies.

Ester said she hopes the new police chief will be “one minded for change.”