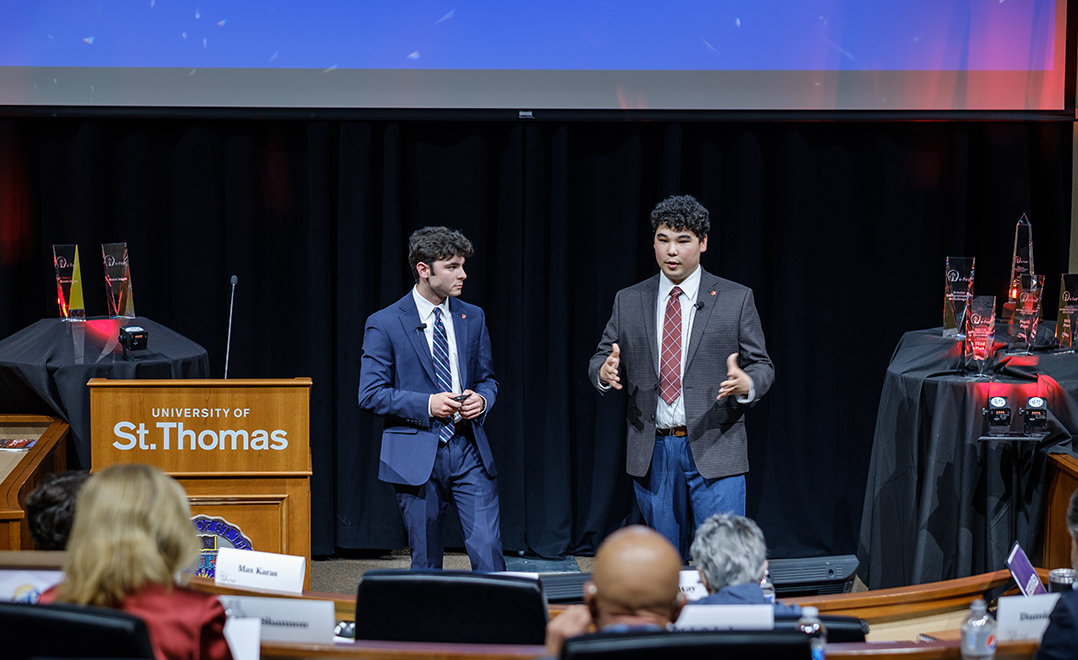 What started as a school project has become a business helping people with Alzheimer’s disease and dementia.

Fishers resident Luke Gilligan worked in nursing homes and care facilities throughout high school. He therefore saw the impact of Alzheimer’s disease and dementia on patients and their caregivers. That’s why, when given the opportunity to take part in an entrepreneurship class, Gilligan, an entrepreneurship student at Grove City College in Pennsylvania, wanted to create something that would give back to people with the disease.

A memory box assembled by Resence.

Gilligan said it breaks her heart to often see dementia patients neglected or “treated like children” in care facilities. So he and a business partner started a company, Resense, which assembles memory boxes for people with Alzheimer’s disease or dementia.

“Because those people, they’re our grandparents, they’re our parents and they’re our friends and they taught us everything we know,” Gilligan said. “And so, we need to give them that support and that love back and so I feel like this box is the perfect way to do that.”

The class is also where he met his now business partner Ethan David, an entrepreneurship and religious studies student from Mars, Penn. The duo, with the help of Grove City College’s Center for Entrepreneurship and Innovation, launched their Resense brand.

Gilligan and David’s mission was to make memory boxes to help with brain health. The Memory Box has four different tools to stimulate the senses that aid in memory recall.

Boxes include pop-it rubber toy, Sudoku puzzles, adult coloring pages, word searches, card game, lotion tube and card with links to Spotify and YouTube playlists with hits from the 50s to the 80s, so every patient can hopefully find the music they grew up with.

When creating the boxes, Gilligan and David conducted 70 interviews with professionals in the field to determine what they should put in their box. The puzzles and fidget toy allow patients to activate their senses and tactile abilities. Word searches, Sudoku and coloring pages keep their brains active, and the lotion is for aromatherapy and offers caregivers a way to connect with patients.

“Another one of our avenues for this is that we want to provide a toolkit for caregivers, for activity directors, for executive directors of communities, to use as a way to engage with their residents and to give something that is engaging. activity but also helpful to their brain health and giving them something they enjoy,” David said.

“Why I really think it’s a necessary item is that it’s a way to automatically have a relationship with a stranger or your client because you can just bring this box and sit down and say, Hey, let’s start playing with those elements,” Gilligan said.

David and Gilligan launched their business in a few competitions across the United States. At e-Fest 2022 at the University of St. Thomas in Minneapolis, Minnesota, entrepreneurs came in fifth, winning $10,000 to advance their business.

While Resense has done business locally and across the United States, Gilligan and David are looking to expand globally, particularly in Ukraine, where they hope to help people with Alzheimer’s disease and dementia and their caregivers.

Gilligan and David are partnering with The Marshal Fund Ministries, a company that helps seniors in Ukraine, to launch their new Memory Box 2.0 and send it to people in need in Ukraine. They also commissioned Ukrainian artists to design the new box coloring pages and design t-shirts. For every two shirts sold, one box will be donated to someone in Ukraine living with Alzheimer’s disease or dementia.

Shooting during 4th of July parade in suburban Chicago; the police respond

Live Updates: Sunak says ‘Standards are worth fighting for’