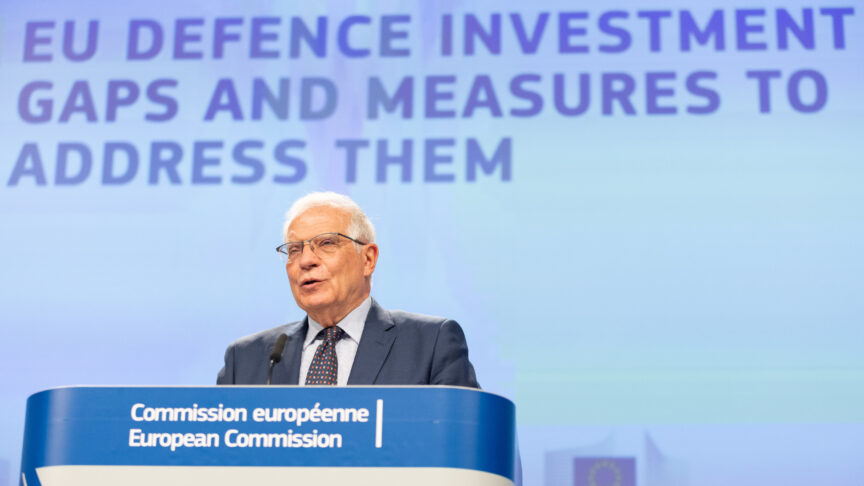 On May 18, the European Commission published a new set of proposals aimed at advancing the European defense “project”. Nothing new there, one might think: the past quarter-century is littered with the wreckage of previous repeated efforts to get member states to translate their words into action. So far, the overwhelming force of the case for greater European defense integration – “spend more, spend better and spend more together”, as the age-old mantra goes – has made little headway against the immovable object national inertia and vested interests. Could this time be different?

The proposals (a Joint communication by the Commission and the European Defense Agency) are responding to a mission from EU leaders at their March 11 emergency summit in Versailles, following the Russian invasion of Ukraine. The instruction was to “propose an analysis of defense investment gaps by mid-May and propose any new initiatives needed to strengthen Europe’s industrial and technological base”.

Analyzing capacity gaps will have been relatively easy – after all, the agency has been pointing out what is missing for years. As head of the agency and high representative of the European Union, Josep Borrell, observed when launching the proposals, “the European Defense Agency has worked over the last few years to explain these gaps, to explain how we can and must fill these gaps. But to be honest, we weren’t very successful and nobody was listening to us. The lessons emerging from the war in Ukraine have mostly confirmed the previous analysis, while underscoring the particular urgency of restoring air superiority (air defense has been neglected and drones underutilized), countering the Russian long-range artillery and to develop new command and control, surveillance and data-sharing systems on which the effectiveness of all-arms combat depends.

But it is not only the shock of Ukraine and the attention of European leaders (alas, history shows that such attention can be short-lived) that gives hope that, this time, people can listen. Other reasons for optimism include:

This new cascade of “incentives” comes, of course, on top of the more than one billion euros per year already on offer for shared R&D projects via the European Defense Fund (EDF) – which, the Commission points out , also aims to increase . With so much “free” money on offer, even the most blindsided Department of National Defense must now join the queue, however counter-cultural the condition of having to collaborate with others may seem. (Hopefully national finance ministries won’t notice that such generous reliance on the EU budget means member states are actually being bribed with their own money.)

So – could this really be a turning point on the long and arduous road to a more cohesive European defense effort? The Commission clearly believes this, and that it will be in the driver’s seat – it “envisions” a future joint European programming and procurement function (i.e. centralized coordination of investment planning and procurement defence), which will rely on their EDF and joint purchasing programmes.

Time will tell whether this confidence is justified or whether Member States will manage to help themselves with subsidies and then return to their old solipsistic ways. But it is certainly not unreasonable to hope that once lured by the benefits of “spending better and spending more together”, EU national defense establishments might eventually succumb to doing the right thing.

The European Council on Foreign Relations does not take a collective position. ECFR publications represent the views of their individual authors only.