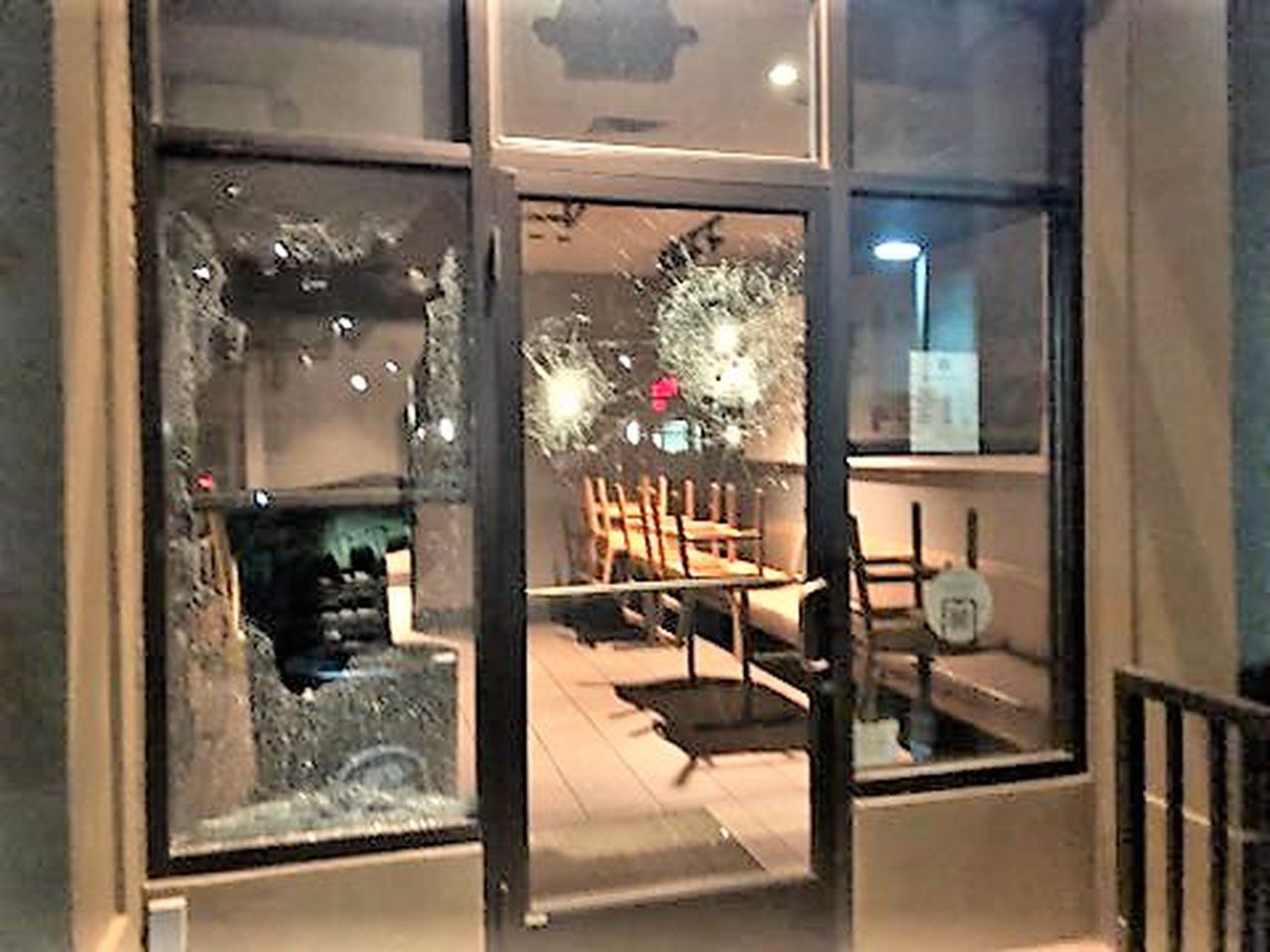 Several businesses and bus shelters were damaged and a trash can at a police station was set on fire following a Saturday night rally in Peninsula Park, police said.

Police said a group of people gathered at Peninsula Park at 700 North Rosa Parks Way around 8 p.m. Saturday. Around 9 p.m., the group members began to march.

Police said “one or more suspects” also started a fire in a trash can at the Portland Police North Precinct. Portland Fire and Rescue was called to put out the blaze, police said.

According to social media poststhe Peninsula Park rally and march was designed as a protest calling for justice for Patrick Lyoya, shot dead by a policeman in Grand Rapids, Michigan, during a traffic stop April 4. Lyoya, who moved to the United States with his family from the Democratic Republic of Congo in 2014, was shot in the back of the neck by the policeman while lying face down on the ground, video released this week shows.

Grand Rapids protesters gathered to protest the shooting and demand the release of the name of the officer who shot Lyoya. The officer, who is believed to be on paid leave while Michigan State Police investigate, has not yet been identified.

More than 250 people have been shot and killed by on-duty police across the country this year, according to a Washington Post database.