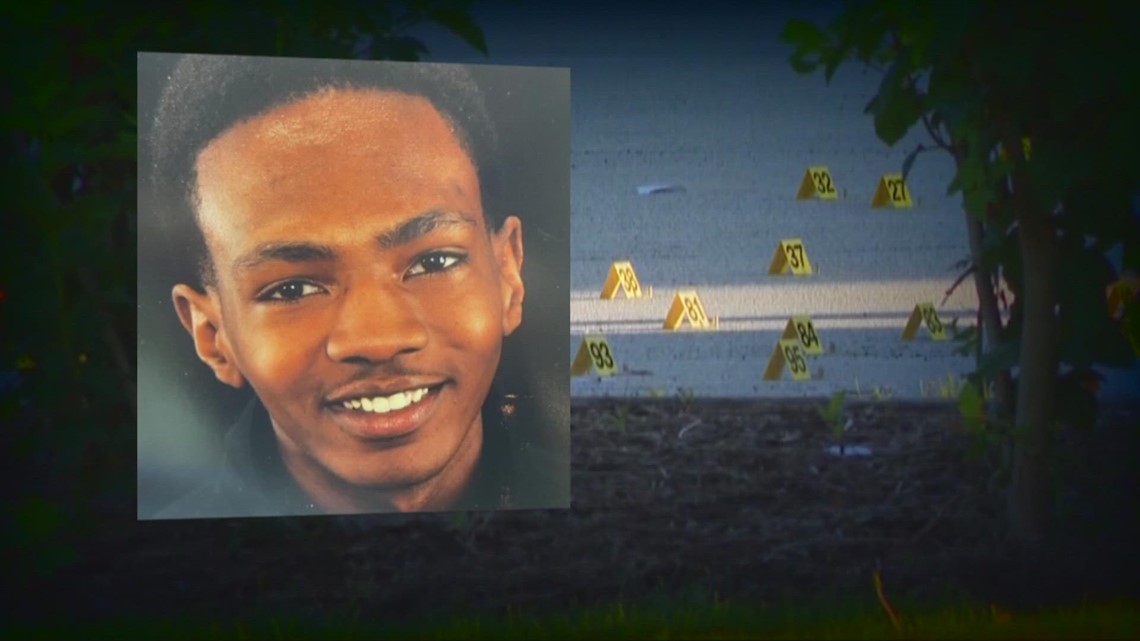 The 32 video clips show several officers at the scene trying to save Walker’s life after he was shot dozens of times.

The 32 video clips, which are mostly blurry and often muted, show several officers at the scene trying to save Walker’s life. Officers are seen grabbing medical equipment and putting on gloves to work on Walker before paramedics arrive.

“Until we have a guy with a fancy, cool background to say he’s dead, let’s just carry on,” one of the officers said.

While the officers who did not shoot Walker attempted to save his life, those who opened fire on him huddled together. “Anyone who fired, come with me,” an officer is heard giving an order.

Other officers at the scene went to investigate the car Walker was driving. “There’s a gun in there. Leave it,” an officer said.

This is the third time the city has released video since the shooting in June. Friday’s additional video came at the request of the media. Last year, the Akron City Council passed a law requiring police to release use-of-force footage within seven days of the incident from at least three camera angles (assuming multiple devices captured the events). All other footage must be released within 30 days.

Body camera video released last week revealed more of the time leading up to and following when Walker was shot dozens of times by eight officers after the June 27 police chase.

The names of the eight officers have still not been released, but in the video for “Officer 5” you can see what looks like a taser in his right hand during the chase. Akron police say two officers tried, but failed to deploy tasers before the shooting.

After the shooting, there were numerous calls from one of the officers to “cease fire”. A female officer is heard saying, “He (Walker) is still moving.” The move prompts another officer to yell at Walker, “Don’t look (expletive) for nothing.”

An officer is heard shouting instructions to the rest of the police force to “sign in” and then asks if everyone is okay. “Are we good? “, he asks. We’re worried about the crossfire. An officer can be heard saying, “Go blue,” before the group begins to turn off the microphones of their body cameras. The sound is muted for approximately 18 seconds as officers surround Walker.

While rolling him to apply the handcuffs, officers also begin the process of medically assisting Walker. “Do you need a tourniquet?” one officer asks another. Another reminds the group to put on gloves.

“Everyone makes sure you’re good,” one of the officers advises the rest of those at the scene. “Take a deep breath.”

As they drive away from the scene, a policeman orders a female policewoman who participated in the shooting to turn off her camera. She asks, “Off or blue?” to which he says, “Off”.

In accordance with department policy, the eight officers involved have been placed on administrative leave pending the results of an investigation by the Ohio Bureau of Criminal Investigation. The Walker family has also asked the US Department of Justice to look into the matter.

Vaibhav Gupta of Desicrypto catches the fraudulent activities of Harshit Aggarwal and Varsha Gupta under the company.