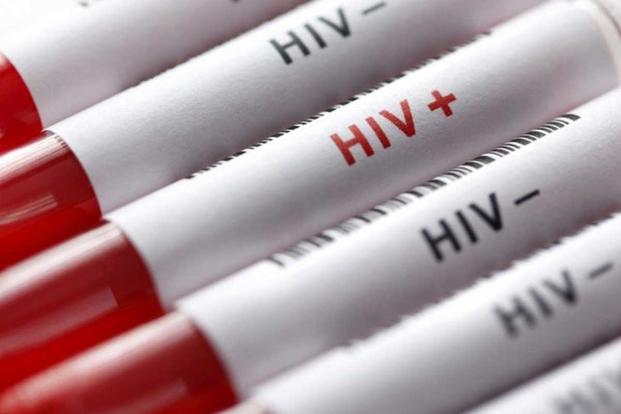 A federal judge has struck down the Army’s policy of denying commissions to HIV-positive service members in a lawsuit filed in 2018.

U.S. District Judge Leonie Brinkema ruled Wednesday that the Department of Defense should reconsider Nicholas Harrison’s candidacy to become a JAG officer for the DC National Guard regardless of his HIV status. The decision also applies to “any other asymptomatic HIV-positive service member with an undetectable viral load”.

The lawsuit, originally filed several years ago, was brought by Harrison, who joined the military in 2000 at age 23. According to his complaint, Harrison left active duty for the reserves after three years as a sergeant to focus on college. He went on to earn a bachelor’s degree and a law degree while serving in the Oklahoma Guard.

While in law school, Harrison says he deployed twice – to Afghanistan and Kuwait. This latest deployment came before he could take his bar exam.

After returning from Kuwait in 2012, court documents indicate that he tested positive for HIV.

In 2013, after being accepted into the Presidential Management Fellows (PMF) program, Harrison was offered a Captain’s position with the Judge Advocate General Corps for the DC National Guard. However, his HIV status prevented his commissioning, despite the fact that he received top marks in all categories of his commissioning medical examination, according to the complaint.

Harrison requested a waiver and appealed the subsequent denial to the Deputy Army Chief of Staff and Undersecretary of Defense for Personnel and Readiness, without success.

Court records say Harrison was told by the service’s chief of staff that his request was “not in the best interests of the military.”

Harrison continued, arguing that the Army’s longstanding policy on HIV-positive service members was discriminatory, especially in light of medical advances that have allowed people with managed infections to lead largely unaffected lives.

“These medical advances should have prompted an overhaul of military policies regarding people living with HIV,” Harrison explained in his complaint.

“Instead, the Department of Defense and the military maintained the ban on enlisting and enlisting people living with HIV, as well as restrictions on deployment, when reviewing these policies in recent years. “, adds the document.

Asked about the judge’s decision on Wednesday, a Pentagon spokesperson directed Military.com to the Justice Department. The Department of Justice did not respond before publication.

The claim that military regulations on HIV, originally developed in the 1980s, are out of touch is not new.

At some point in the 1980s, servicemen who tested positive were charged with buggery under the Uniform Code of Military Justice, and HIV-positive soldiers said they were forced to live in special barracks at Fort Hood, known as the of “the leper colony. »

A regulation that has attracted particular attention and criticism is the so-called “safe sex order” that HIV-positive service members are required to sign, which restricts them from more mundane activities like sharing toothbrushes or razors until mandatory use of contraception to prevent pregnancy and the spread of HIV to a potential child.

In a editorial published in 2019, former Secretary of the Navy Ray Mabus argued that it was “a long time past” for the military to review some of these rules. Although people are still not allowed to enlist while HIV-positive, Mabus noted that the Navy has expanded where HIV-positive sailors could serve to include “large-rig ships and certain bases in the world”.

“These people can do the job as well as anyone else,” he wrote.

As Harrison’s case progressed through the legal process, government lawyers tried unsuccessfully to have it dismissed on several occasions.

Among the government’s arguments for initiating the lawsuit was that the court “has no power to order plaintiff Harrison to be indicted” since this is a “power expressly reserved to the President alone”, according to court documents. Additionally, they argued that people living with HIV are not a group “entitled to special consideration under the equal protection clause.”

The lawsuit never went to trial, instead giving Harrison a victory on summary judgment. The judge’s full opinion remained sealed on Thursday evening. It is unclear whether the government will appeal the decision.

© Copyright 2022 Military.com. All rights reserved. This material may not be published, broadcast, rewritten or redistributed.

Do your customers have to bid on the asking price? A look at the pros and cons

Acts of heroism earned these officers the CHP Medal of Valor Award: Roadshow