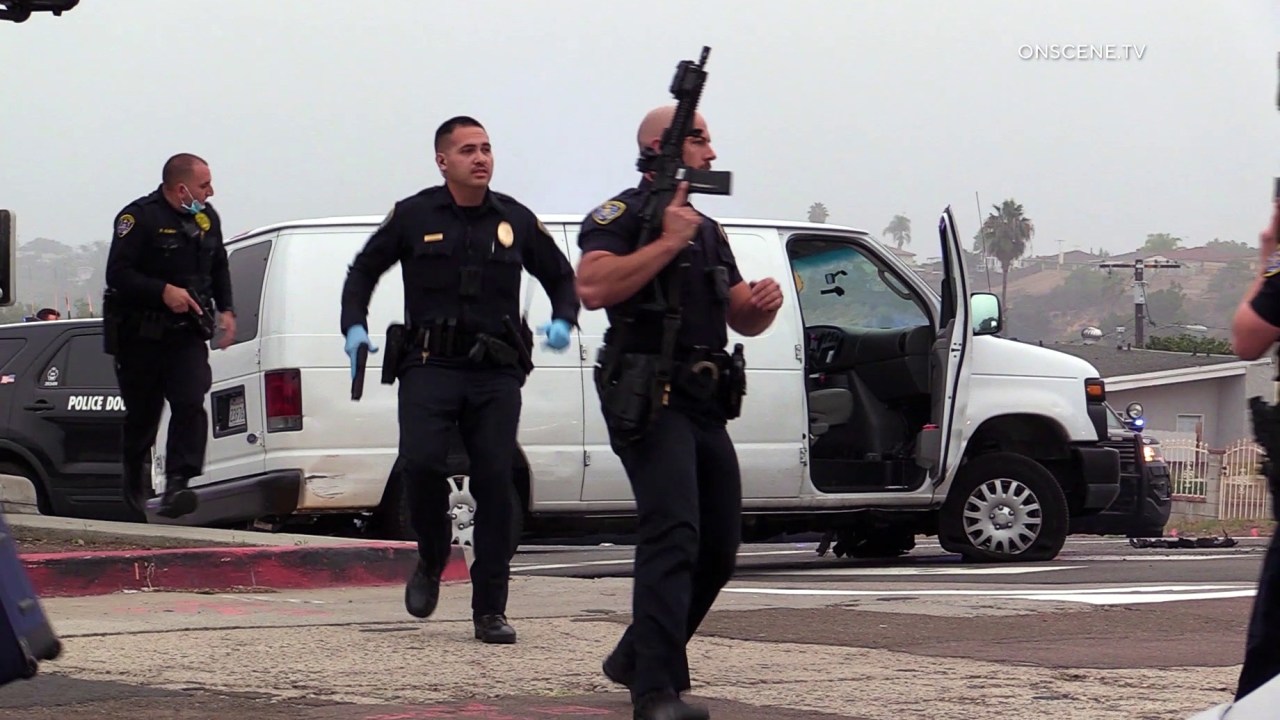 SAN DIEGO – A police chase through San Diego ended in an hour-long standoff between authorities and a possibly armed man in a van on Saturday morning.

SWAT officers and a team surrounded the vehicle near the intersection of 54th and Lea streets in Chollas Creek, a San Diego Police Department surveillance commander said. Traffic was blocked and residents of nearby Chollas Parkway and Streamview Drive were urged to stay clear of the dead end.

The chase began around 7 a.m. at a house on Rex Avenue in City Heights, where officials were called over a potential case of domestic violence, according to the police spokesperson. Officers who attended the house saw a man leaving in a van with a woman. They tried to arrest the man but he refused to stop, the SDPD said, and police chased him into the Mid-City neighborhood.

Eventually, officers managed to place a spiked tape under the car to puncture the driver’s tires. The van, a large passenger-style vehicle, could be seen in a video from OnScene.TV slowly driving through a parking lot and losing air to several of its tires. Shortly after, he stopped at the intersection of Chollas Creek.

Officers entered and led the woman away from the van, pulled her to a safe distance, then returned their attention to the driver of the vehicle. The woman’s relationship with the man was not immediately clear, but she had exited the van with a suitcase in hand and officers could be seen questioning her from a distance.

As the police stood and shouted orders, the man leaned forward and closed the door of the passenger side van. A unit with a police dog, a SWAT team, and tactical paramedics from the San Diego Fire Department were called in. The SDPD surveillance commander said the man was believed to be armed at one point, but it was not clear if he still had a weapon.

As of 11 a.m., police had not said the standoff was resolved and asked residents to avoid the area.

Check back for updates to this developing story.