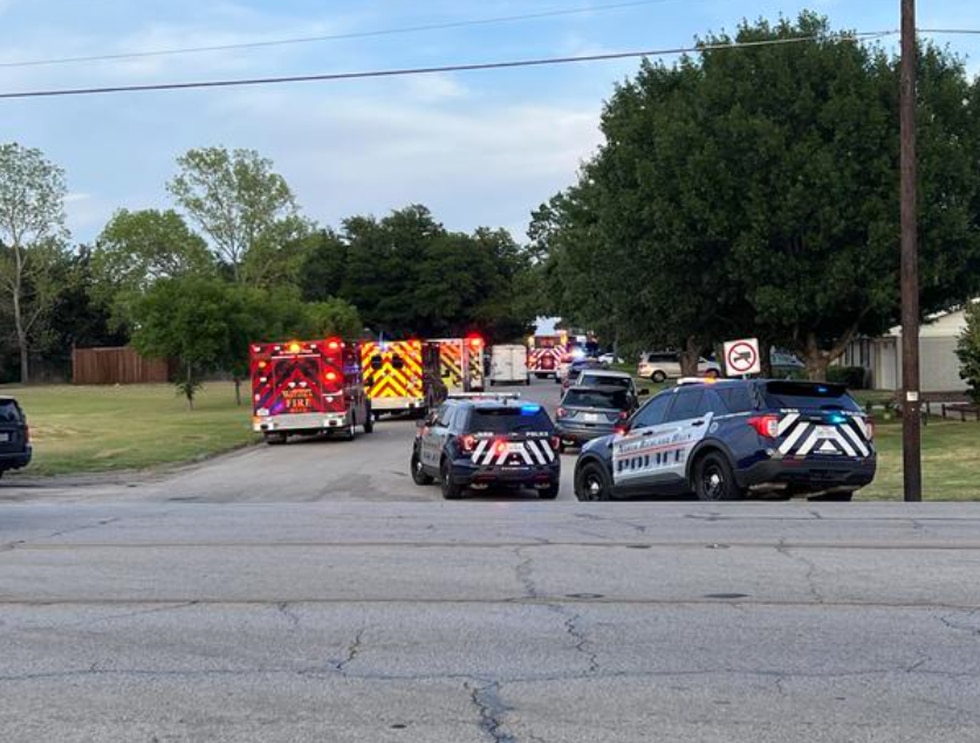 Suspect dead after killing 2 people and injuring 4, including 3 officers, in shooting in Haltom City

HALTOM CITY, Texas (CBSDFW.COM) – Two civilians were killed, another was injured and three officers were injured on Saturday night after a gunman opened fire in Haltom City.

The incident began after an elderly woman called 911 around 6:45 p.m. from a home on Diamond Oak Street to report a shooting. Officers in tactical gear from multiple departments responded to the scene and began searching for the suspect. Three officers suffered non-life-threatening injuries after the suspect shot them after being found nearly a mile away.

Police say a woman inside a residence and a man in the driveway of that residence were both shot and killed. The 911 caller, an elderly woman, suffered non-life-threatening injuries

The suspect, who was described as a white male, dark hair, wearing a blue shirt, blue pants and a “battle belt”, is now dead. Police reported he had a rifle and a pistol beside him and died of a self-inflicted wound.

Haltom City Police and the Fort Worth Emergency Management Office have asked residents in the area near Denton Highway and Glenview to stay indoors and shelter in place.

A large group of emergency vehicles from multiple departments, including Watauga Fire Department, North Richland Hills Police and Fort Worth Police, responded to the scene. Several rounds of officers with shields and tactical gear were also seen heading towards the area, and at one point police also deployed a robot.

Police said there had been a long standoff with the suspect, but did not give many details. They plan to provide more updates tomorrow.

The Texas Rangers resume the investigation.