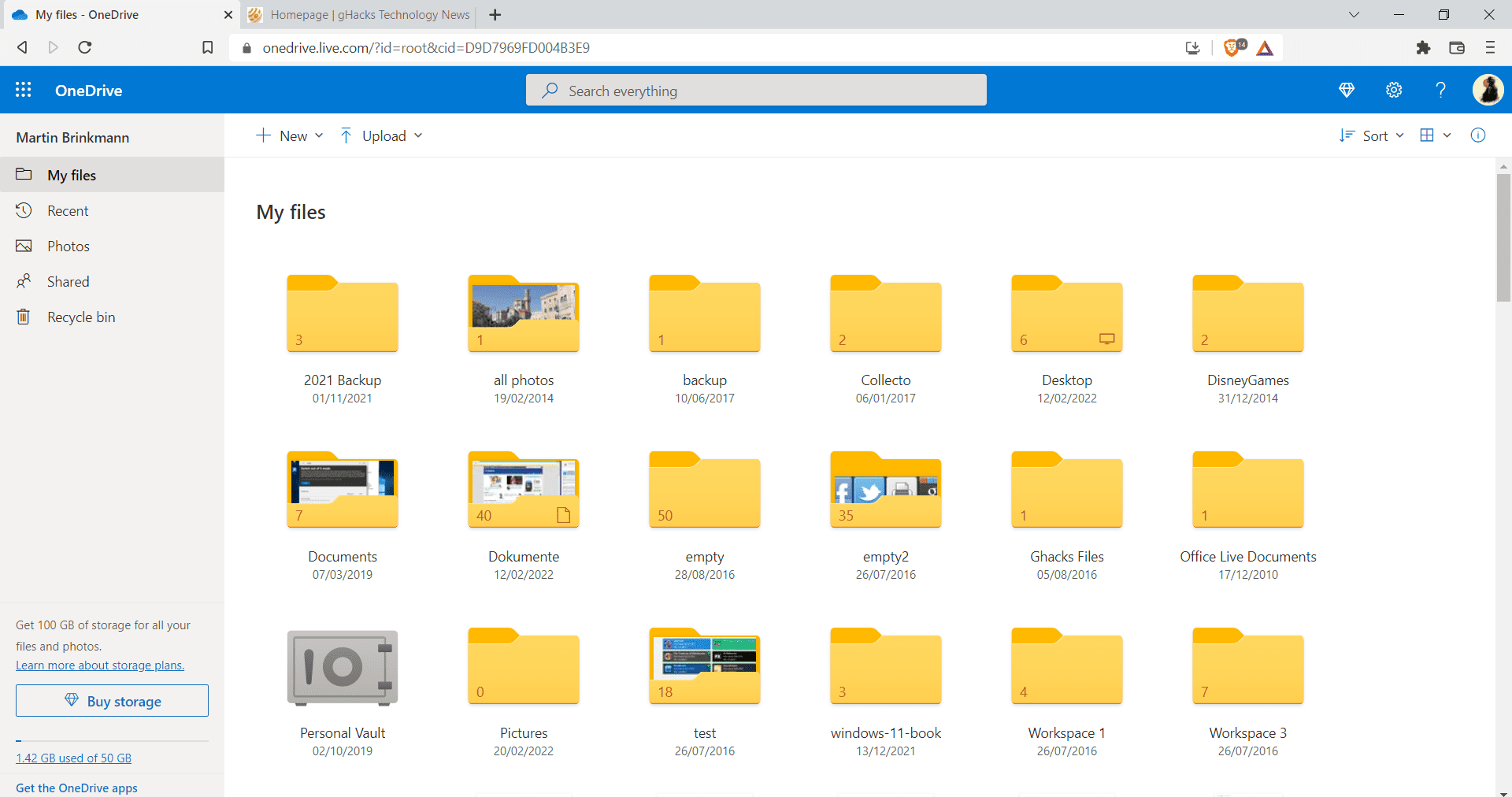 Microsoft’s OneDrive file synchronization and hosting service is built into the Windows operating system. It is available on many platforms and anyone can sign up to use it.

The service and its applications have gone through many iterations over the years. Microsoft introduced new apps and designs, added features, and removed some.

Microsoft users can post comments and suggestions to the company’s feedback portal. The following 10 features are the most requested OneDrive features that are marked as open by Microsoft. Some feature requests have official responses from Microsoft that reveal their status or if they are planned for future releases.

Feature 1: Reassess the ability to skip or exclude selected OneDrive folders and files from the sync process

Microsoft OneDrive syncs all files and folders that are in the main directory structure. There is no option to exclude certain folders from synchronization currently. Microsoft recently rolled out the ability to exclude files from syncing.

Microsoft Response: The company is looking to extend the file exclusion feature to folders.

Microsoft Response: The feature is on Microsoft’s radar but it doesn’t have a “timeline” yet.

Synchronization of shared folders is supported by OneDrive, but these folders are always placed at the root of the OneDrive directory. The ability to place them in a subfolder would add new categorization and filing options.

Microsoft Response: Microsoft is working on adding the feature.

Feature 4: Implement a folder tree like Google Drive. This would make browsing and moving files much easier.

OneDrive does not support a tree structure which may improve certain navigation operations.

Microsoft Response: The feature request is being tracked as part of the future roadmap.

There is no official OneDrive client for Linux distributions.

Microsoft Response: The feature is planned but there is no timeline yet.

Feature 7: Allow OneDrive for Business folder to be renamed

Add an option to the OneDrive for Mac client to access Personal Vault on Mac. Currently, Mac users can only access it on the OneDrive website.

Feature 9: OneDrive: possibility to compress and decompress a file

Add an option to compress or decompress files directly in the web version of OneDrive.

Microsoft Response: To be reviewed for future updates.

Add an option to set shared files and folders to view mode so that files cannot be downloaded.

Microsoft Response: Microsoft has added the feature to certain file types, including PDF documents, images, and audio files. Other file types will be supported in the future.

Now you: Which of these 10 features would you welcome? Do you use OneDrive? (via Neowin)

Here are the top 10 features requested by OneDrive users based on feedback status on Microsoft’s Feedback Portal.