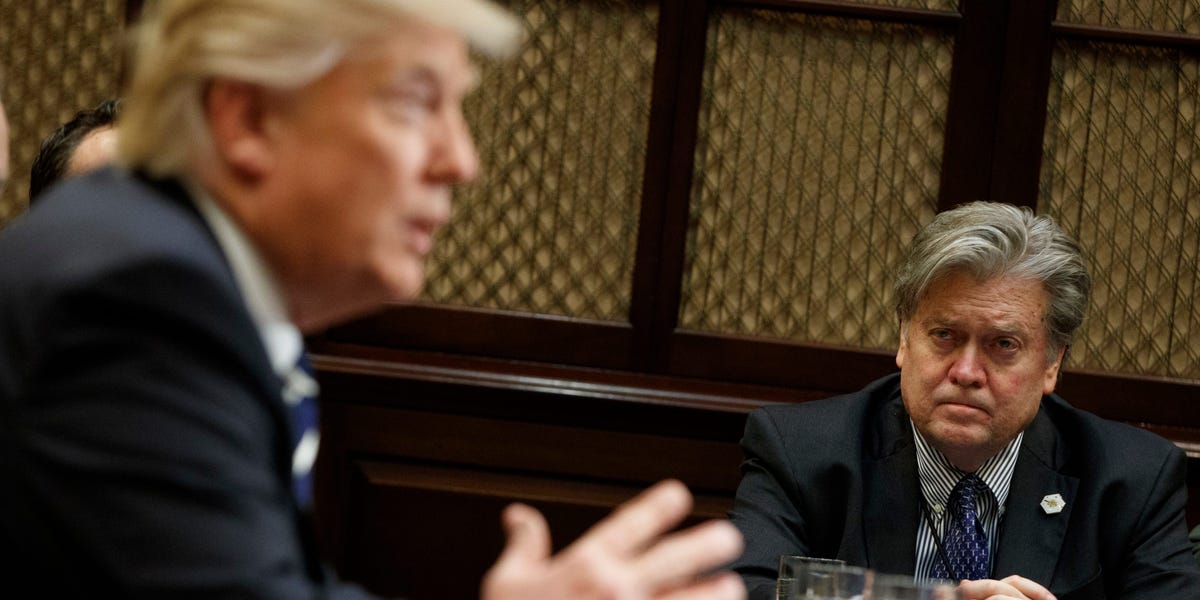 Former President Donald Trump is reportedly considering whether to invoke executive privilege over the testimony of his former White House senior aide Steve Bannon before the House committee investigating the riot of January 6, 2021.

Trump is considering sending a letter to the committee — reaffirming the executive privilege invoked when Bannon was first subpoenaed by the House panel in September 2021, according to the Washington Post — while also stating he was waiving the claim if Bannon could come to an agreement with lawmakers probing the insurrection.

Three people with knowledge of the situation confirmed the description in the letter to the newspaper.

Last November, a federal grand jury indicted Bannon on two counts of contempt of Congress for defying a House subpoena.

Bannon pleaded not guilty, saying issues surrounding Trump’s executive privilege on January 6 must be resolved before he initiates any communication with the panel.

Even if Bannon decided to appear before the panel, it apparently wouldn’t end his contempt of Congress case, so it wasn’t immediately clear what effect the letter would have on the upcoming trial.

Bannon, along with former White House trade adviser Peter Navarro, have both been charged with criminal contempt of Congress.

Bannon has threatened to make the criminal charges against him the “misdemeanor from hell” for President Joe Biden’s administration.

In June, Judge Carl Nichols of the United States District Court for the District of Columbia denied Bannon’s motion to dismiss the case against him, in which he claimed the House committee’s subpoenas were illegal.

Later that month, Bannon’s attorneys sought to delay his trial due to the public nature of the January 6 hearings, arguing that the accompanying media coverage was a “media blitz” that could hurt their case. customer.

The Justice Department asked the judge last week not to delay Bannon’s trial.